I posted some pictures from Easter on facebook and a friend from Virginia commented on one.  She said, "I remember when all you wanted was to be a mama.  Now look at you."

The comment nearly brought me to tears.  It's true.  It's all I've ever wanted.  I remember asking my mom for years and years if she would give me a baby brother or sister.  I told her that I would take care of the baby and she wouldn't need to do anything.  (sounds more like I was asking for a puppy huh?) :) I didn't understand that it wasn't "possible" for my mom to have any more babies.  I just knew that I wanted a baby of my own so badly.

I started babysitting at the ripe old age of 9.  Yes, 9.  By 14 I was a full fledged nanny during the summer months.  At 16 I had a little girl I watched so much that she called me "mama." As much as I enjoyed it, I had to teach her to call me something else.  I was the first face she saw in the morning, and the last she saw at night. I witnessed her first steps, and heard her first words.  I loved her like my own but it broke my heart.  I knew her mom was missing out.  It was through that experience that I decided I would do whatever I had to in order to stay home with my kids.  I was blessed to marry someone with the same ideals.

It was only two years after we were married when we had Reagan.  I remember holding her for the first time.  Besides the flood of emotion that comes with any normal delivery, I was also overwhelmed with the realization that I was finally a mom.  I didn't have to give her back.  Even as we were leaving the hospital two days later Brian suggested we stop at Babies R Us to get some preemie stuff and I said "Is it ok to do that?" He responded, "She's ours.  We can do whatever we want." :)

Now, almost 8 years later, I know I'm doing exactly what God wants me to do.  It doesn't make each day easy or filled with rainbows, unicorns or cupcakes with sprinkles.  But even on the days where I feel like locking myself in the closet for some peace and quiet, I cling to the knowledge that our sacrifices are not in vain.  There are plenty of things I'm not, but I know that being a mom was a desire placed by God and fulfilled by Him alone.  And "He who began a good work will be faithful to complete it." 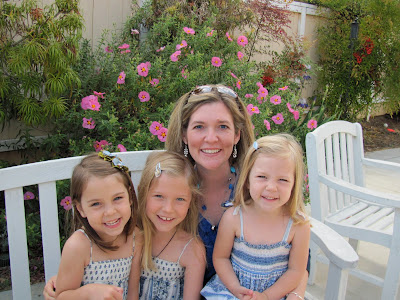 I also know that God placed an incredible example in my life as my own mom.  She amazes me with her quiet strength, her love, selflessness, and sense of humor.  She is a blessing to me and my girls are incredibly lucky to have her as their "yaya." 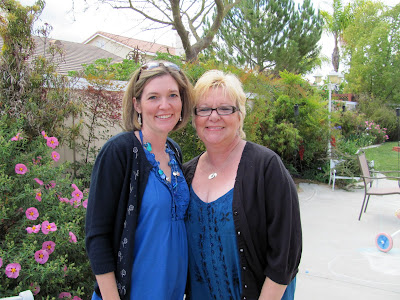 (yes, I know we match....and we didn't even plan it)
Thank you mom for being a Christ-like, shining example in my life and in the lives of my girls.
Happy Mother's Day!
Posted by Heather at 4:43 PM 4 comments: