The Patch and Princesses

Every year we go out to the pumpkin patch, ride ponies, feed goats, take a hay ride, and pick pumpkins.  I always love the pictures that result.  We figured out this year that going on a Friday is MUCH better than going on a Saturday or Sunday.  It was fairly empty and a whole lot less stressful.  It was close to sunset so the lighting wasn't all that great, but the girls didn't seem to mind.

Bailey hitching a ride out to the patch in a wheelbarrow 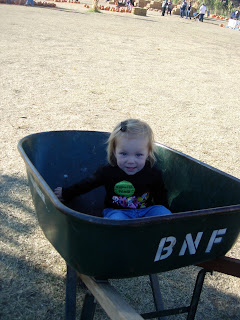 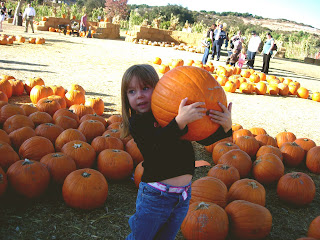 I attempted to get a shot of all three girls, but they were NOT havin' it! 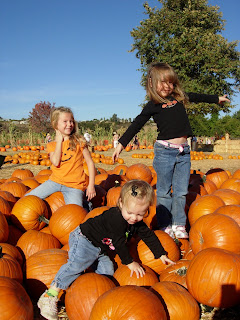 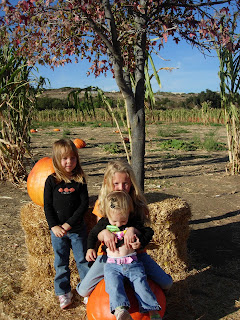 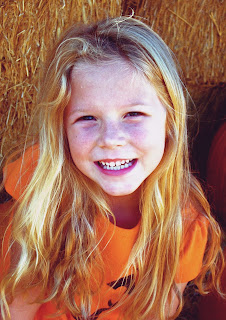 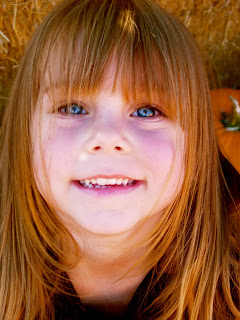 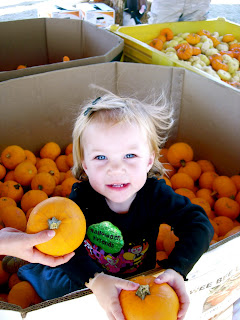 We had so much fun!

Halloween rolled around and we were part of our church's "Trunk or Treat" at the Fall Festival.  Since we were so busy, I hardly had a chance to take pictures of the girls in their costumes.  But I did manage to get a few.  We don't make a big deal out of Halloween at our house.  The girls just chose costumes from our dress up chest.  I did end up having to make a headband for Reagan, but I think that's a piece of cake compared to the work some parents put in for their children's costumes.

Reagan was a flower girl, although everyone guessed she was a princess.

(and yes that is Christmas stuff behind her.  Our trunk was decorated with a Christmas theme for the Halloween Trunk or Treat.  You work with what ya got!) 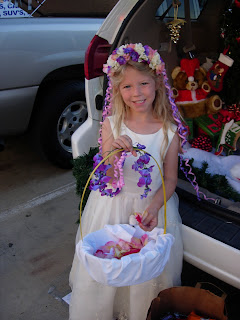 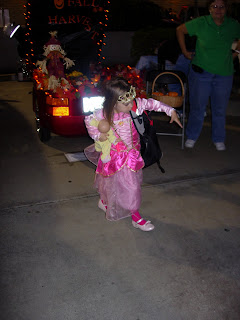 Bailey was Snow White (and discovered a love of chocolate) 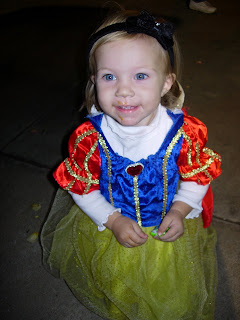 Personally I'm glad to have Halloween behind us so folks will take down their ghoulish decorations and put up their "Fall" inspired ones instead.  I much prefer Harvest to Halloween.