For the past six weeks I have been co-leading a team at our church women's Bible study.  We have been working through the study called "Gideon: Our Weakness, God's Strength" by Priscilla Shirer.  After 30+ years of knowing the Lord, there is still so much to learn! My grandfather used to say that you should learn something new until the day you die.  He meant it in the context of the Bible, and to be honest, I wondered how he could still be learning after so many years of serving God.  But I finally understand.

There are three short chapters in Judges on Gideon.  You may have read them.  I had.  But I had read PAST them.  I remember thinking "wow, the old testament is violent" and just kept reading.  But the truths embedded in those three chapters have profoundly impacted me.

As a mother, I think we are quick to spot our weaknesses.  One friend told me, "I fail at least ten times  a day at being a great mom." I totally understand what she means.  How sad that we focus on those ten times and not the ten thousand times we support and encourage and love our children.  But God's word reminds us that it is IN those weaknesses that God is able to shine.

Gideon was a coward that was hiding from the enemy.  He questioned God.  He doubted even when an angel appeared to him! Yet the Lord was patient with him and still led him to defeat the Midianites.  He had a mighty calling! The Lord was able to move through Gideon's weakness.

If you are a mom, in the trenches of bringing up godly children, remember this: YOU have a mighty calling.  Do not be lulled into thinking that your calling is any less significant than Gideons.  Priscilla Shirer says that mothers are anything but ordinary.  YOU are extraordinary! You have been called by God to raise your children to love and follow the Lord.  YOU are the single most important influence in the lives of your children at this short time of their lives.

Also remember that even mighty warriors question and doubt and fail.  God is still faithful.

So when your kids "forget" to pick up their stuff, or make messes and don't clean them up, or leave you without toilet paper for the umpteenth time, it's good to remember that we are still a work in progress too.  We aren't finished until we get called home to glory.

Lord help me to raise children that love you, and show grace (but if you could remind them to put their shoes away, I would be even more grateful). :) 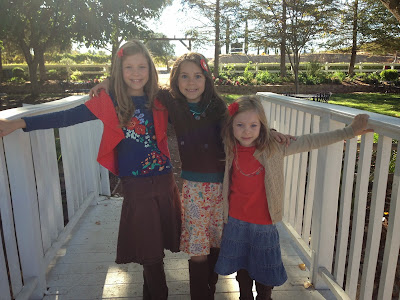