I ain't afraid of no ghosts

No really.  I'm not.  Of course, if one were standing face to face with me, I might get a case of the heebie jeebies.  But it's not a fear I have.
I'm also not afraid of spiders.  Or even most bugs.
I have no fear of heights, new situations, or flying.
But reptiles and rodents? Forget it.  I know most people don't like mice, rats, lizards and snakes, but I have an actual fear of them.  I'm working on it though.  Because as you may recall (according to Reagan), Fear is sin.  We are not called to live in fear.
I have actually been gripped by fear a few times in my life.  It wasn't a good feeling.
When Reagan was nine weeks old, some friends of ours (that had gone through a parenting class with us), lost their five month old baby to SIDS.  Not only did I feel helpless to support them, but I was gripped by fear every time I put Reagan down.  Through time, and lots of prayer, I was able to get over that fear.
I've also been gripped by fear when Brian goes away on a trip.  I am convinced that every little noise is someone breaking into the house.  It never is.  (Yet another reason I am not called to be a military wife).
We have had rodents in two houses now.  The first was rats (and I will spare you details), but it was bad enough to make us move to another house.  Then, we had a few mice work their way into our current home.  Somehow the mice weren't AS scary for me, but I still don't like them.
I thought we had eradicated our home of the critters (all 4 of them) but when I was cleaning the guest room last week I found more droppings.  Just 3, but still.  I started to get that "feeling" again.  Are these new droppings? Are they old ones that I missed somehow? If they are new, How are they getting in?! Are they in this room right now?! Where else have they been? What is that smell? (turns out 'that smell' was Baileys diaper by the way).  Brian set out traps again, and we went about our daily business.  Of course, secretly I was looking for droppings elsewhere in the house.  I even thought about banning black socks in our house because every little piece of fuzz looked like a dropping to me.  Needless to say, we didn't catch anything.
People have told me "They're just mice." Or "Mickey is a mouse! How can you be afraid of a mouse?!" But that's like telling someone afraid of flying "It's just a giant metal capsule with two tiny engines that have been known to fail occasionally."  Not reassuring really.
Especially at night.  When I have to go to the bathroom, and I see this: 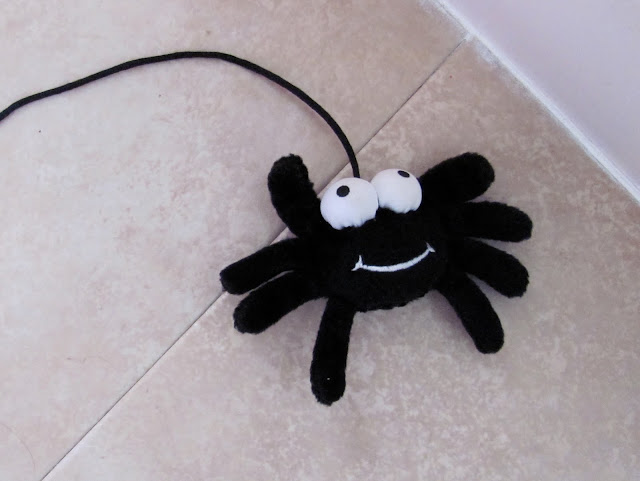 Yes, it's a harmless stuffed spider that used to be attached to a children's book.  And I'm not afraid of spiders, remember?
But from farther away...... 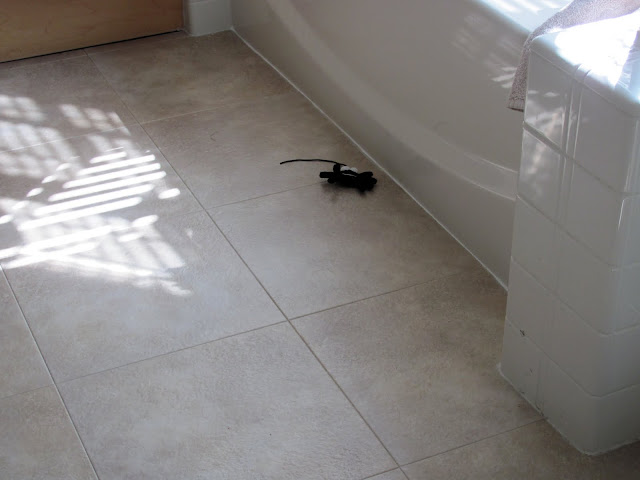 and without glasses or contacts.... 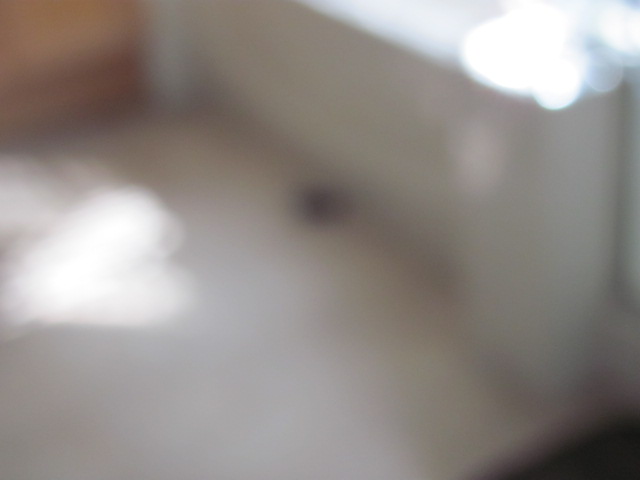 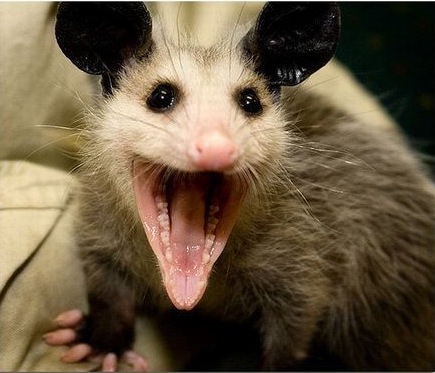 You get the idea....
I was reading to the girls from their Children's Bible and in the creation chapter it says very clearly that God gave man "dominion over all the animals." We are not to fear the things we have dominion over.
Also, the verse in Second Timothy has been popping up in several places lately.
"For I have not give you a spirit of fear, but of power, and of love, and a sound mind." 2 Tim. 1:7
With all of that in mind, I walked very carefully over to that rabid mouse in my bathroom, towel in hand, ready to capture him! I threw it over him quickly! I was victorious!! I had conquered my fear!!
As I scooped up that mouse in the towel, I realized he was not moving.
I squeezed the towel a bit to see if I could feel him in there.  Of course that was when I realized that I had captured....
a stuffed,
smiling,
spider.
You might be laughing, and I did too.  But then I realized that it was still a major feat for me.
I may not be afraid of spiders, or heights, or flying, but for today I can also say
"I ain't afraid of no mouse either!"
Now....about those lizards....
What are YOU afraid of???
Posted by Heather at 8:45 AM 8 comments: