I'm so excited to be participating again in Amy's Blogger's Quilt Festival! Last year I was so inspired by all the quilts.  I can't wait to look through them this time around (and maybe actually see ALL of them).

In spring I saw a few "scruffily" quilts and instantly fell in love.  I modified it a bit (only did two layers instead of 3), but love how it turned out!! It's made with Moda pre-cuts (the Wrapped in Paisley line) so I was able to assemble the top in about an hour.  I did free motion quilting on each of the center squares and then through the seams on the large squares.

This quilt was a gift for a friend so I embroidered (free hand so it's not perfect) this phrase in the lower right hand corner: "Blessed is the home that welcomes a friend." I wanted it to be cozy and warm so I backed it with chocolate flannel.

I can't wait to do another scruffily quilt!! I didn't think I would like the raw edges as much but I just love it! It's my new favorite and SUPER easy!! 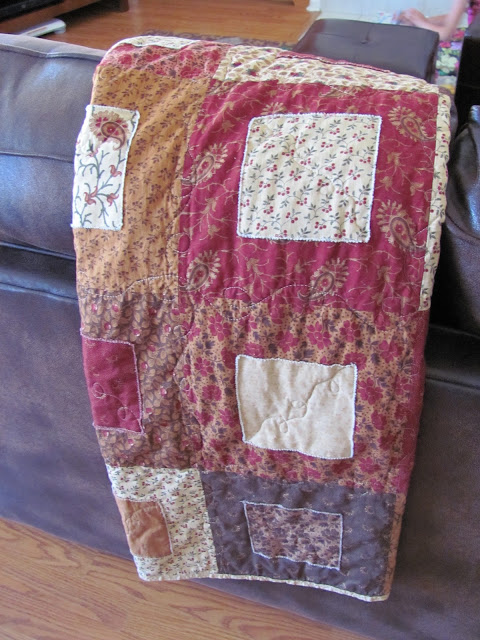 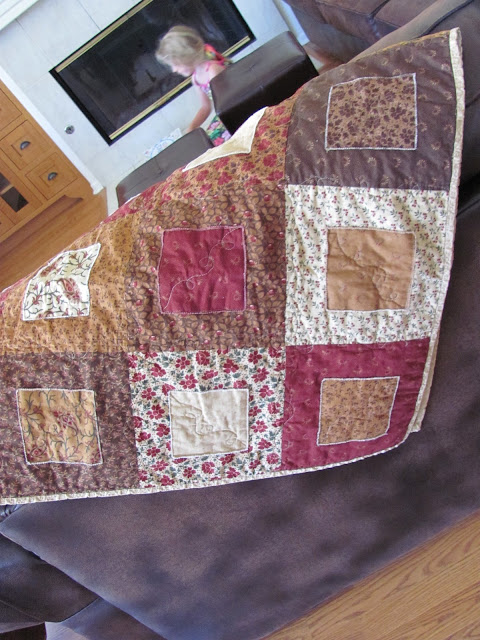 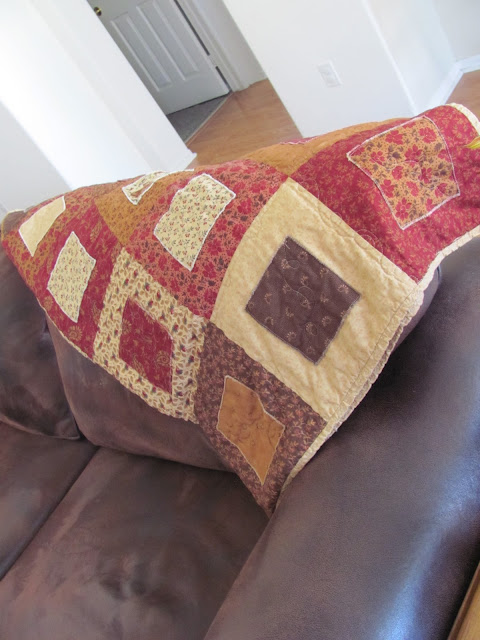 After the quilt arrived at her house, this is the post that she wrote about it (with a full picture of it).
Now go visit the festival and be inspired! 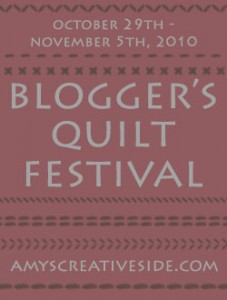 The girls were a total crack up this week (and I remembered to email the "funnies" to myself)!