There are a number of days where my heart wants to blog, but my head knows that the sink full of dishes takes precedence (especially to keep the great ant invasion of 2010 at bay!).

I could do a looooong blog post to update you, but there are so many times that my girls get lumped into one group that I thought it would be fun to highlight each one individually this week.

Reagan's had an eventful couple of weeks. 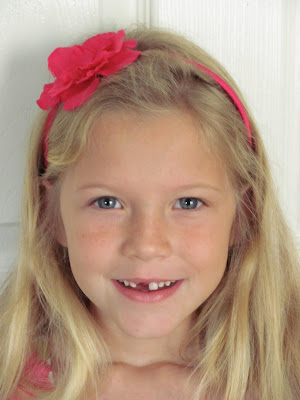 And winning awards at school 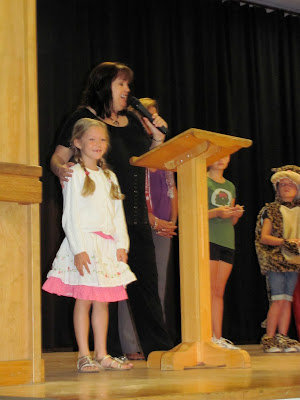 Making us proud....and getting her ears pierced. 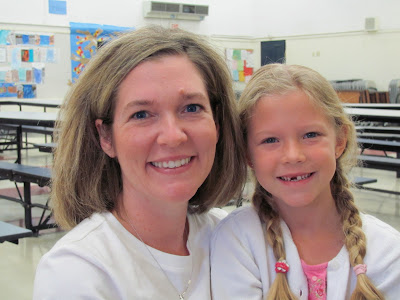 She had been asking to get her ears pierced for a while but her reasoning was always "because my friends have theirs done." We didn't want to set a precedence for "when everyone else has something.." so when she came to us and asked to get her ears pierced because she felt like she was old enough to take care of them herself, we told her we would consider it.  Then we found out she was getting student of the month in the first month of school, for the second year in a row.  So we rewarded her with getting her ears pierced.  Her teacher said the nicest things about her at the awards assembly.  Her award was for academic achievement because she breezes through everything.
Unfortunately the fact that things are too easy has been an issue lately.  Reagan started to say that school was too easy and boring.  She said she was frustrated that the other kids were not grasping the concepts and that she had to spend "so much time" on things that she already knew.  I know this is part of being in a classroom setting, so we have actually had to deal with this every year.   Last year's teacher was not as willing to challenge Reagan.  Instead she offered her more homework.  More of the same stuff she already knew.  Two hours of homework is not a challenge....it's a burden.  We are so thankful that after talking to her teacher this year that she was SO receptive to changing things up for Reagan.
We talked about homeschool and after talking to Reagan about it, she said "I think I'd rather be bored at school." I should have saved that one for Friday Funnies, but I just had to share!! The girls are so different.  Skylar would LOVE to homeschool.  Reagan, not so much.
Thankfully for now things are good and she is being challenged.  We're praying about next year.  I'm learning that we are going to have to just take it one year at a time, pray for the best teachers, and stay super involved.
There could be worse things than being a smart girl! :)
Posted by Heather at 11:19 AM 5 comments: