I heart this face

This weeks photo challenge at Iheartfaces is to post your favorite "face" photo from December or January. This one is Bailey on Christmas morning.  She was so wide-eyed when she saw all the gifts! 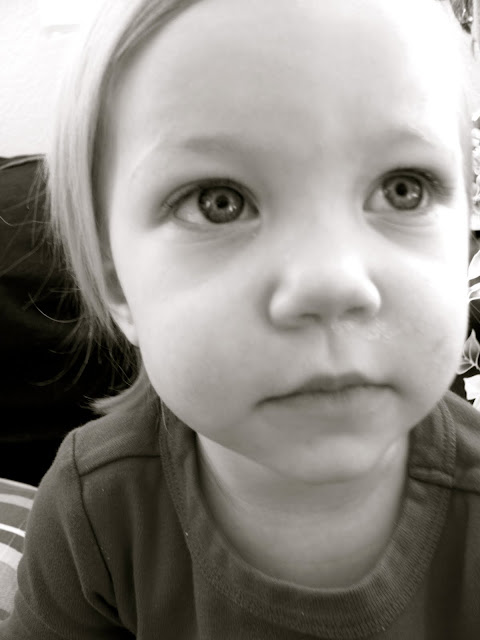 Go to iheartfaces and check out the "favorite faces" of other folks!

I think we have pretty good kids.  Most days they are sweet to one another, use their manners, and obey when asked to do something.  But they're kids, and they're not perfect.  We've noticed as Reagan gets older she is starting to assert herself more.  She "bargains" when asked to do something; she corrects anyone that she thinks is wrong; she can get very bossy with her sisters.   We were talking yesterday about how to help correct this behavior now before it gets out of hand.  As the parents, we know this responsibility falls squarely on our shoulders.  I don't want to make the mistake of assuming she will grow out of it either.  It's easier to deal with a six year old's defiance than it is a ten year old that has been getting away with it for years.

I read a great blog from miss Amy about a family binder.  I have my own system of chores, budget, organizing list, but since we only have one child able to read we will probably wait on putting the rules in it a little longer ( I think it's a FANTASTIC idea!).  But it got me thinking.  We need to establish a few ground rules for the house.  If the girls know the rules, they know when they are breaking them.  In like fashion, we also need to establish consequences if the rules are broken.  We are not going to go overboard with rules (it's hard for a 3 year old to remember 15 rules!).  So far I've come up with three.  We will start with those.  The one I'm most excited about is the rule to obey the first time you are asked to do something.  Lately I've been having to ask the girls (well mostly the older two) to do something repeatedly.  I ask nicely the first time.  The second time I get a little frustrated. The third time I am downright irritated! But it's after that third time that they finally comply because they know I mean business.  Now, there will be a consequence after the first request is ignored.

We just need to come up with age-appropriate consequences now.  Any suggestions?
Posted by Heather at 8:51 AM 3 comments: