The gift of music

When my dad was little, his parents purchased an upright piano for him to learn how to play.  He spent a few years in lessons, but then the piano just sat for a while.  I remember going to my grandparents house and "playing" with the piano.  When I was old enough, my grandparents gave me their upright piano and I started taking lessons.  They were not cheap and when we hit some hard times financially, my piano lessons were the first to go.  So, it has been sitting at my parents house.  For years.  The girls have "played" with it, much like I did when I was little.

When we moved 7 months ago, the piano came with us.  Reagan would sit and "freestyle" for long periods of time, so we wanted to encourage her love of the piano by getting professional lessons.  She started in September (just three months ago), and had her first recital last weekend.  I was so proud I cried.

She was SO nervous! She kept telling me that she felt like her legs were shaking (they probably were!).  She played a duet with her teacher and it was beautiful.  She is so glad to have it behind her, but I'm so proud of what she has accomplished thus far.  Her teacher says she has a natural gift with music.  (I knew it!).

I love that she is learning something other than academics, and even more grateful that our lovely piano has someone to play it the way it was meant to be played. 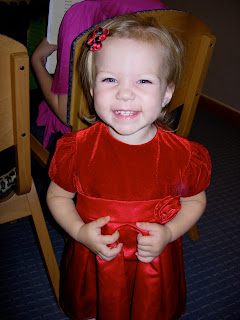 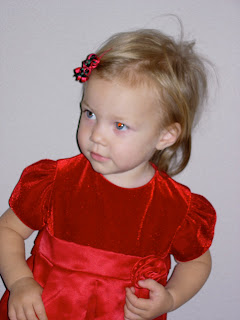 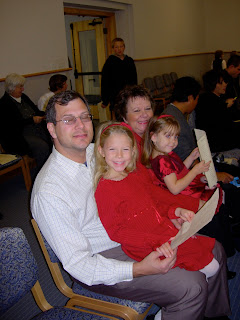 Waiting for her turn to play


Here is a link to the video of her very first recital song, "Jolly Old St. Nicholas."
Reagan's Recital Video
(Blogger isn't letting me upload a video so hopefully you can access it through facebook)
Posted by Heather at 5:50 PM 3 comments: